Roman numerals are a numbering system that uses capital letters which serve as symbols to assign a number or value. They range from the number 1 represented by the capital letter I, to the letter M that determines the value equal to or greater than one thousand. Let's see everything related to them below. 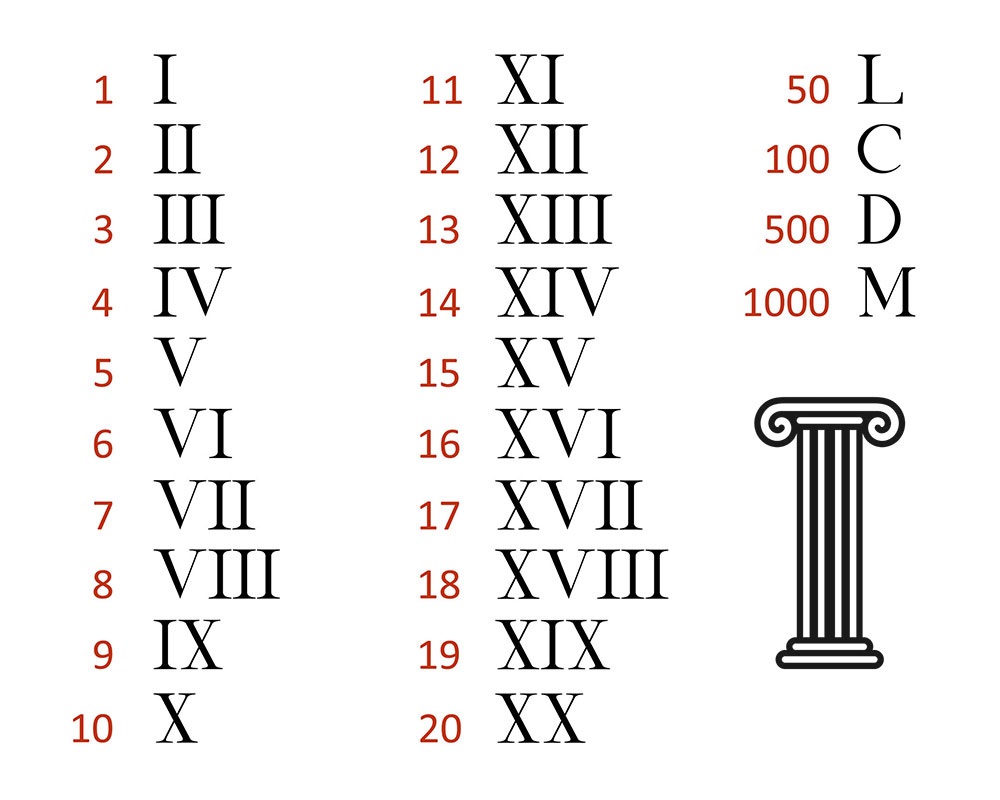 What are Roman numerals?

The definition of Roman numerals is established when the numerical value system is totally different from the metric decimal system. They are intended to simplify numbers and figures where the assignment is different. Consequently, uppercase letters are assigned numbered, such as the number 1 is represented by the letter "I".

Also, for 5 the "V"; 10 is represented by the "X"; the "L" for 50; 100 is the letter "C", the "D" for 500 and the "M" for 1000. These numbers are used in literature to define chapters, also in some parts of movies they see second or third parts, in public events; appointment of congresses; theatrical scenes, names of popes, emperors or the sequence of a lineage in the nobility, among other uses.

As its name implies, it comes from the development in knowledge that the Romans had while ruling a large part of the world. Now, you don't really know where they came from or which thinker or mathematician had the first idea.

In short, we are sure of something that they were invented by the Romans. There are two versions to which their creation is attributed: in the same way it is known that they were also born with the Roman Empire and during his tenure they were used in all activities.

Some historians believe in a form of evolution of other existing numbers in other cultures and that the Romans were adapting them to their life. However, it is said that the numbering comes from the marks and accounts that they made with their fingers when accounting for something; so it was a simple way to set amounts.

It indicates that they really evolved from other symbols by taking advantage of the letters of the Roman alphabet to link them to their numbering. Although there is no certainty about this theory, to date both versions have not been proven by historians.

The combination of numbers that the Etruscans made was very similar to the Roman numerals, from there we can start, to consider that they took this type of numeration as a reference. The Etruscans consider values ​​with signs to denote the quantities of 5, 10, 50, 100 and 1000, the variation is formed when lower values ​​are assigned to those figures, there is a difference with the Roman numerals.

The explanation about the origin of the numbers is applied through a count with the fingers, which is left empty when a content related to numbers linked to the letters X, M and D is established, which means 10, 1000 and 50. , which is not very easy to determine. However, the Romans began to use it to implement it throughout the empire; they were a form of counting and they established it in all activities related to commerce and mathematics.

After the fall of the empire, the influence of numbers continued in the Middle Ages, it was reflected for many years, consequently their use was regulated and it was mandatory to use them in the titles of books and texts of the time. With the arrival of the eyelids they began to condition them and add them to the names of some dignitaries.

The influence continued for all those centuries; In this way and during the crusades until the arrival of the reigns throughout Europe, Asia and the Middle East, the princes, kings, tsars and leaders used the denomination of Roman numerals, thereby seeking to give their names more presence; as an example we have Alexander II, Louis XV, Pope John XXIII, and countless religious and political personalities used it as a form of power. 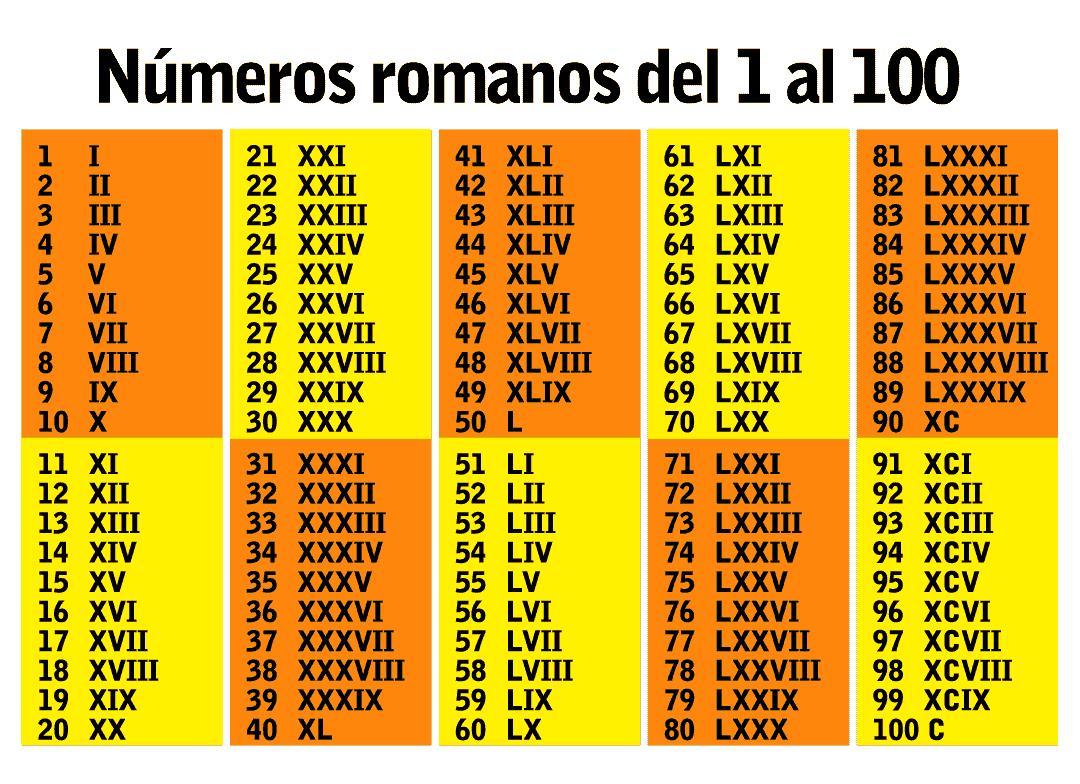 XNUMXth century and our time.

For many years it was considered its use in literature, science, religion and politics, without losing its value. Many activities of the society use it to name second or third parts of books, plays among other activities. In the cinema it is widely used to name the titles of the films that continue a saga.

The Catholic Church has maintained it for centuries and we observe how the denomination of the popes is later accompanied by the name, John Paul II, Felipe VI, Paulo VI and the most recent Benedict XVI so they continue to be next to us and it seems that their use endures for the existence of mankind.

The Roman numerals are 12 really identified with the letters I, II, III, V. X, C, MD, the combination of these letters allows to give figures where it is really determined what the Roman numbers are and what they are for, in a way; for example each combination is formed by several letters that are added to obtain the real value.

Each letter is placed from left to right, and the order determines whether values ​​can be added or subtracted; When one or more letters are placed after a major one, this value must be subtracted, for example; the number 6 is represented with the letter 5 and the 1 (VI) adding them gives the number 6, if the already letter "I" is placed before the "V" it should be: 4 = IV.

The same thing happens with the larger figures, where the number that precedes it is decisive to acquire the value, in this case if we place XXI, we must add 10 twice and 1 time, obtaining the value of 21; Otherwise, if we place IXX, we subtract 1 from 20 obtaining 19.

In the case of numbers greater than 9999, a small horizontal line is added at the top in the letter that you want to increase 100 or a thousand times more. These figures are rarely used and do not have any type of application, since reading them is very complicated.

If you want to obtain more information related to this and other topics, we invite you to follow the following link Combination of numbers: simple combination calculations.

Commutative Property: What is it and how to apply it?

Fraction to decimal How to achieve the conversion?