In this wonderful post we will tell you about the Original sinHere you will know what this enigmatic term that surrounds man since his creation at the hands of God our Lord means. 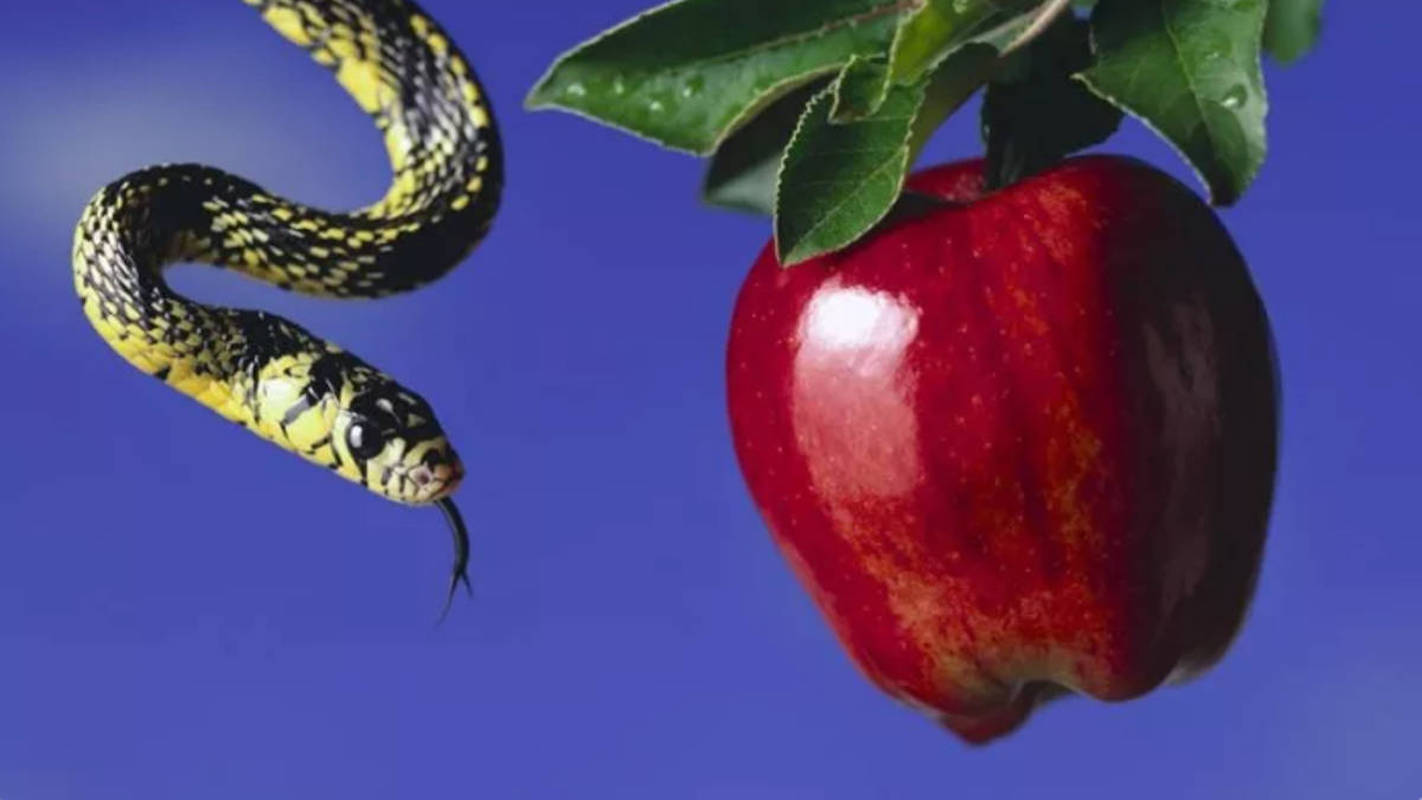 What is original sin?

The sin original, arises from Adam's disobedience for having eaten from the "tree of knowledge, of good and evil" which brought as a consequence effects on the existence of man.

So, it can be conceptualized as the original sin, to the guilt that all humans have before the eyes of God as a product of Adam having sinned in the paradise of Eden.

The dogma of original sin, leads especially to the effects on the existence of man and how is his relationship with God, even before people are old enough to commit sins conscientiously.

It can be evidenced in the holy scriptures in Romans 3:23, about the poignant consequences of the first disobedience on the part of man, which causes Adam and Eve to be immediately left without the divine grace of original holiness.

The marriage that reigned in paradise, because of Justice original that existed when God created man was devastated, by the impetus of the spiritual effects of the soul on the body when it is fragmented, the union of man and woman is subjugated to tensions and, their relationships are sealed under desire and desire. domain.

In the sacred scriptures it appears that original sin became present in the world, once the first couple Adam and Eve, who were formed by God, did act of disobedience, when they were induced by the serpent who personifies the devil, and they ate from the tree of knowledge, of good and evil, which led for these to be banished from the Garden of Eden, and we, their children, would be considered sinners even before doing that act.

Why does sin exist?

It can be evidenced in the sacred scriptures in Genesis 3:11, that man was tempted by the devil, and allowed trust in God to perish in his heart, abused freedom, disobeying the command of God our Lord, from here part what is called the first sin of man.

From that moment on, all sin will be considered a disobedience before God, as well as a lack of confidence in his goodness.

Almighty God, created man in his image and likeness, and established him in his grace; man is a spiritual being that could not exist without grace and freedom before God's submission. All part of the principle of the tree of knowledge, of good and evil, which symbolizes the invincible frontier that, the human being is a creature that must act freely, but above all with respect and trust.

Is original sin seen as a condemnation?

As stated by the apostle Saint Paul where evidenced in Roman 5:19, it is stipulated that:

Continuing, with what was expressed by the apostle Saint Paul, he confronts the generality of salvation in Christ, as evidenced in Romans 5:18:

Continuing with Saint Paul, we have that the Church from its beginnings has manifested that the great poverty that overwhelms men, is because they deviate and choose the path of evil as sinful, and to death, moreover, that they do not they ignore their link with the sin that Adam committed, and with the event that transmits a sin with which all human beings are born and are afflicted with the “death of the soul”.

Why are we all involved in Adam's sin?

However, if it is known through Revelation that Adam had the grace to receive original holiness and justice, not only that he was worthy of the above-mentioned divine grace, but also all human existence, when he yielded to the tempter, Adam and Eve fall into personal sin, but the sin committed harmed all humanity.

It is a sin that is transferred by expansion absolutely to humanity, which means because of human existence prevented from holiness and original justice. For this reason, original sin is called "sin" in a similar way: it is a sin "contracted", "not committed" it is a state and not an act.

If you found this post interesting, we invite you to read our article on: Say the prayer now for forgiveness. 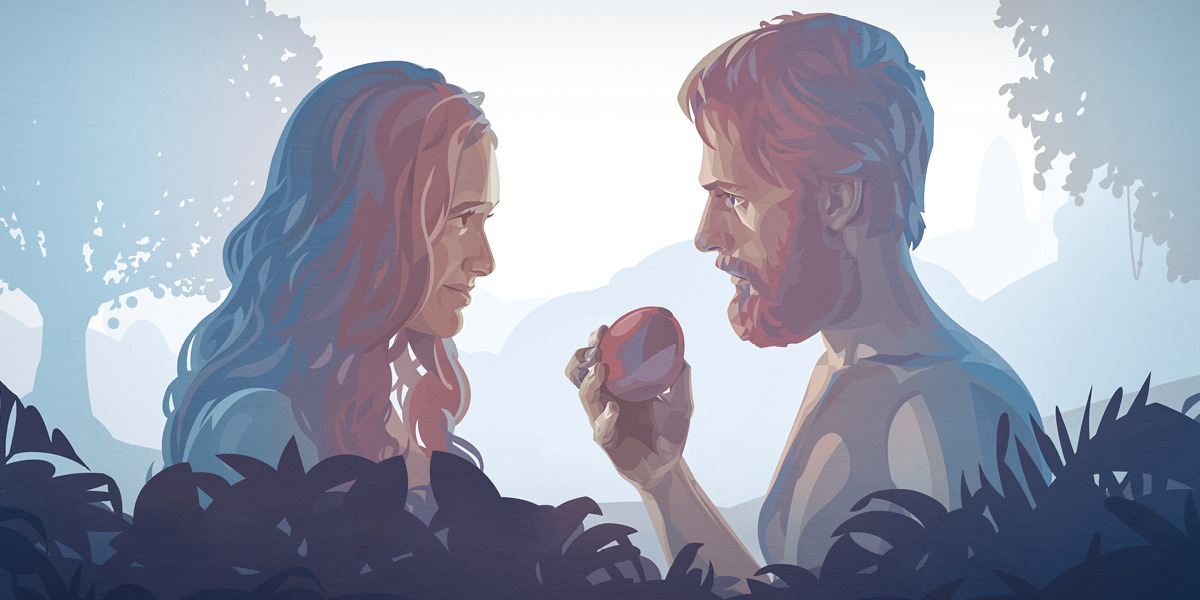 How is original sin removed?

For the purpose of eliminating original sin, it is achieved once the first profession of faith is made, that is, when the sacrament of baptism, which has the action of purifying the soul, being forgiven and purified, and there is nothing left to eliminate, either because of the original fault, or any other that has been committed or, failing that, omitted of its own free will.

The action of the sacrament of baptism frees the human being from all the weaknesses of existence, however, it remains for them to fight against the actions of immoderation of walking the path of the wicked, which stain the existence of the wicked. congregation.

God continues to love man, even though he has sinned

As evidenced in Genesis 3:9, after the fall, the human being was not abandoned by God's loveOn the contrary, the Creator calls him and warns him to form the intelligent in the victory that will be over evil, and the lifting of his fall before the sin committed by Adam and Eve.

It is evidenced in Genesis 3:15 that man has been called "Protoevangelium", because it is the first warning of Almighty God, which is the warning of a fight that would occur between the serpent and the woman, who finally considers victory to a descendant of it.

How can you stop sinning?

Likewise, you have to know when you can be tempted by evil and consent to the action of falling into the temptation of sin. The fact of discerning removes the mask from the falsehood of temptation; it pretends to be "good, pleasing to the eye, and desirable", but the truth is that it leads to death.

The act of consenting and allowing yourself to be persuaded by temptation involves a decision of the heart, as evidenced in Matthew 6: 21-24:

God the Heavenly Father, is the one who provides us with the energy so that we let ourselves be carried away by the Holy Spirit, according to Corinthians 10:13:

According to the dogma of the Catholic Church, it indicates certain consequences product of original sin, such as:

Rosary to the Virgin of Guadalupe How to pray the thousand Jesuses? and What is its origin?

Greater than: How to differentiate this symbol from others?