When talking about inclination and degrees it is important to know how to use the protractor. It is a measuring instrument which is used to measure the angles of two lines or a triangle; Today we bring you everything related to this interesting measuring instrument used in many areas. 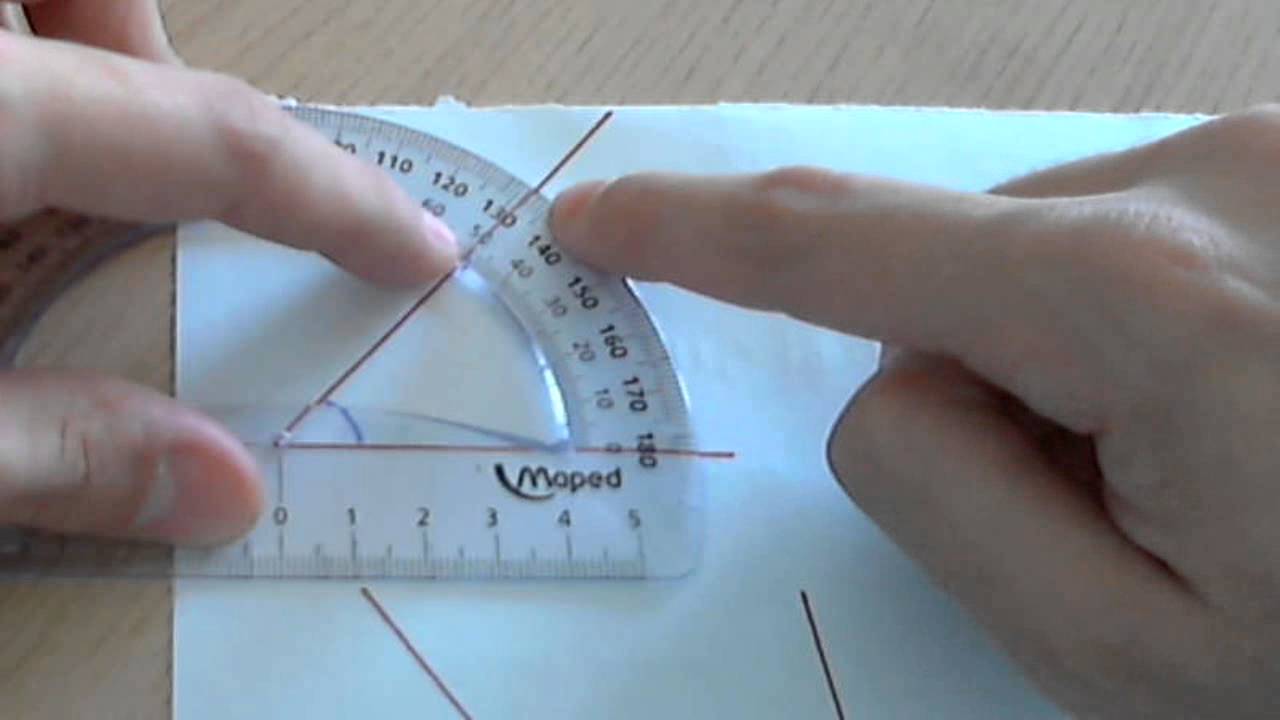 How is the protractor used?

To find out how to use the protractor it is important first to know what this instrument really is. It is the one indicated to measure the angles through degrees; It comes in various shapes and types, so that it can be semicircular or simply circular, where the first has the figures up to 180 degrees and the second up to 360 degrees.

Consequently, the instrument is designed with a series of inscriptions located along the circle or semicircle, where the degrees are specified. The signs are diverse, each degree is minimal and is elaborated considering the angular variation and the value of a degree established in the plant, this system is called sexagesimal.

The semicircular protractors come in averages of 180 degrees sexagesimal where the measurements are observed starting from right to left or vice versa starting from the number 0. To locate an angle it is necessary to have the reference of 0 and moving towards one of the sides, the necessary measures; later we will indicate in detail some recommendations and tricks for its use.

This instrument was designed by the Babylonians, others say it was the Egyptians. Despite the great constructions that were carried out at that time by both empires, they had a transporter as a measuring instrument together with the squares. During the time of the Greek intellectual domain, a form of measurement with angles was established considering the degrees, in minutes and seconds.

In the second century, trigonometric-type procedures began to be used. The Greek astronomers considered the measurements through a table, which had trigonometric data where one of the mathematicians called Hipparchus, called the transporter; With this table, the mathematician could solve complicated trigonometric problems and solved divergences with criteria related to triangles.

This first protractor started at an angle of 71 degrees and went up to 180 degrees. The table allows the length of the chord that delimits the sides of a central angle, using a radius of the circumference. However, 300 years later the astronomer named Ptolemy used a measurement with a radius of 60 degrees, where the Greeks had adopted the hexadecimal number system as a basis.

This astronomer incorporated a table called Almagest, which had a series of strings similar to the current measurements of the transporter: with them he could perform calculations between 1 and 180 degrees; The method used ropes to perform the respective measurements. From that time until today it is believed that this astronomer is the true creator of the transporter as we know it today.

Later they began to be manufactured in wood and with the arrival of human progress, they are manufactured in plastic material, and metal; nowadays they are very necessary in architecture, engineering design, mechanics and mathematics. Where measurement activities are implemented taking into account its use. 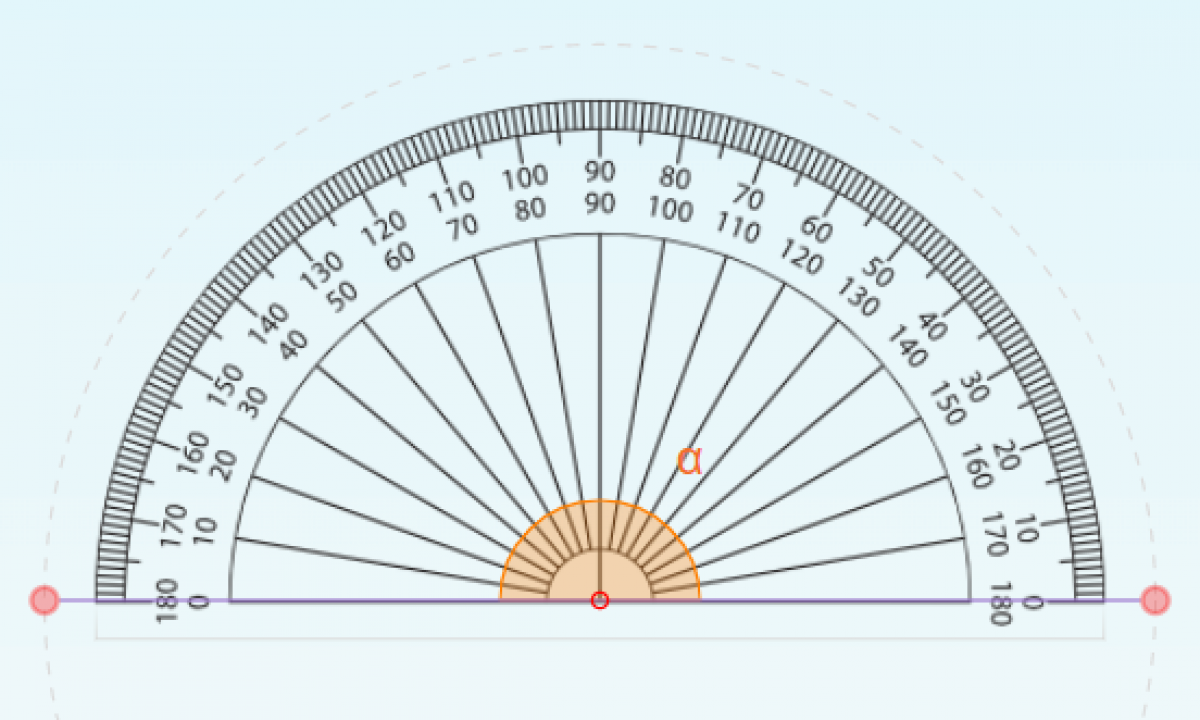 First of all we must identify how to use the protractor to measure angles, know if it is circular or semicircular. In both cases the instrument determines the measurements in degrees, so when using it some aspects should be considered, let's see:

Subsequently, if we want to measure an angle, we must place the protractor looking for the vertex of two lines that are inclined, at that point of union the central part of the instrument must be placed; in most cases the protractor has a reference, others have a small hole and others simply a kind of circle with lines.

After placing the protractor at the junction of both lines, we proceed to measure up to where the other line is found where it intersects with the instrument; we must match this line with the value of the protractor. If we measure from left to right we begin to take the zero that appears on the right side, from there we begin to verify until we reach the area where the line and the protractor coincide.

If you can observe the measurements of the instrument, it can be seen that it has a central point that indicates 90 degrees, from there to the left or right or depending on where the measurement is being made, the reference must be taken to increase or decrease the degrees . The procedure is more practical than theoretical, and even after it is used the first time it becomes a routine procedure.

For the division of a circle

If we want to elaborate geometric figures taking into account a circumference, it is important to know that in the case of regular and star polygons, each angle must be the same on each of its sides. So we must know how to use the 360 ​​degree protractor. Immediately draw the circumference taking as reference the center point of the circle.

Next we draw a horizontal line through that point that touches the edges of the circumference. If we are going to divide the circumference into 5 equal parts, we perform a division, where the total value of a circumference is taken which is 360 degrees and we divide it by 5, the result is 72 degrees.

We take the protractor and place it at the center point of the circle, and from there we begin to measure from left to right or vice versa the 72 degrees, we mark with a pencil the location of the degrees and then that point is taken as a reference to measure another 72 degrees, in this way we complement a sequence to get the 5 points on the circumference which must be the same size.

Finally, we recommend not using these instruments to make traces; Each drawing or geometry instrument must be used for what it was designed. Some of these instruments are expensive and when used for other actions they can suffer damage; remember that in this area it is important to know which are the measuring and tracing instruments.

If you want to know more about these topics, we invite you to visit the following post  Units of Measurement: What are they? Where are they used? where contents of interest are indicated.

What is the diameter? Definition, symbol, utility and more