In mathematical operations the conversion of fraction to decimal It is one of the most complicated operations when you are beginning to delve into broader procedures, today we bring you the ways in which both figures can be converted.

Before beginning to describe the process of how to convert a fraction to decimalIt is important that readers know the meaning and definition of the figures related to fraction and decimal; although similar in their results, their structure and conformation is different.

It is the result of the fraction operation, however it is not subordinate to this process: Therefore, a decimal number is that value that has a finite decimal representation in the decimal numbering system; that is, it is a division of a number, which does not have an exact result and must be separated by numerical values ​​through a comma.

They are called decimals, because they yield an additional value to the principal, determining additional numbers after performing a division of any number. They are different from whole numbers, which are categorized and made up of exact figures, they do not determine any additional fractional value.

To convert a fraction to decimal, simply divide the numerator with the denominator. For example, if we have to transform the number 5/8 to decimal, we only have to perform a division between 5 and 8, obtaining a decimal result of 0,625; which is equivalent to the fraction 5/8. You can also perform procedures that we will see later.

As we see that the final result determines three fractional numbers. However, there are fractions that after carrying out the operation, result in periodic decimal figures; that is, a number or sequence of numbers that is repeated several times and with a certain value ducks; Such is the case of dividing the fraction between 4 and 3, resulting in the number 1,333333, where the repetition of 3 is called the period.

To reduce the space and not place the entire period, a decrease in said period to the minimum is used, that is, instead of placing 1,333333, 1,3 should be placed. However, a mixed fraction is made up of a whole number and a fraction. But let's look at some examples where fraction operations are combined where the numerator or denominator are represented by a decimal number. 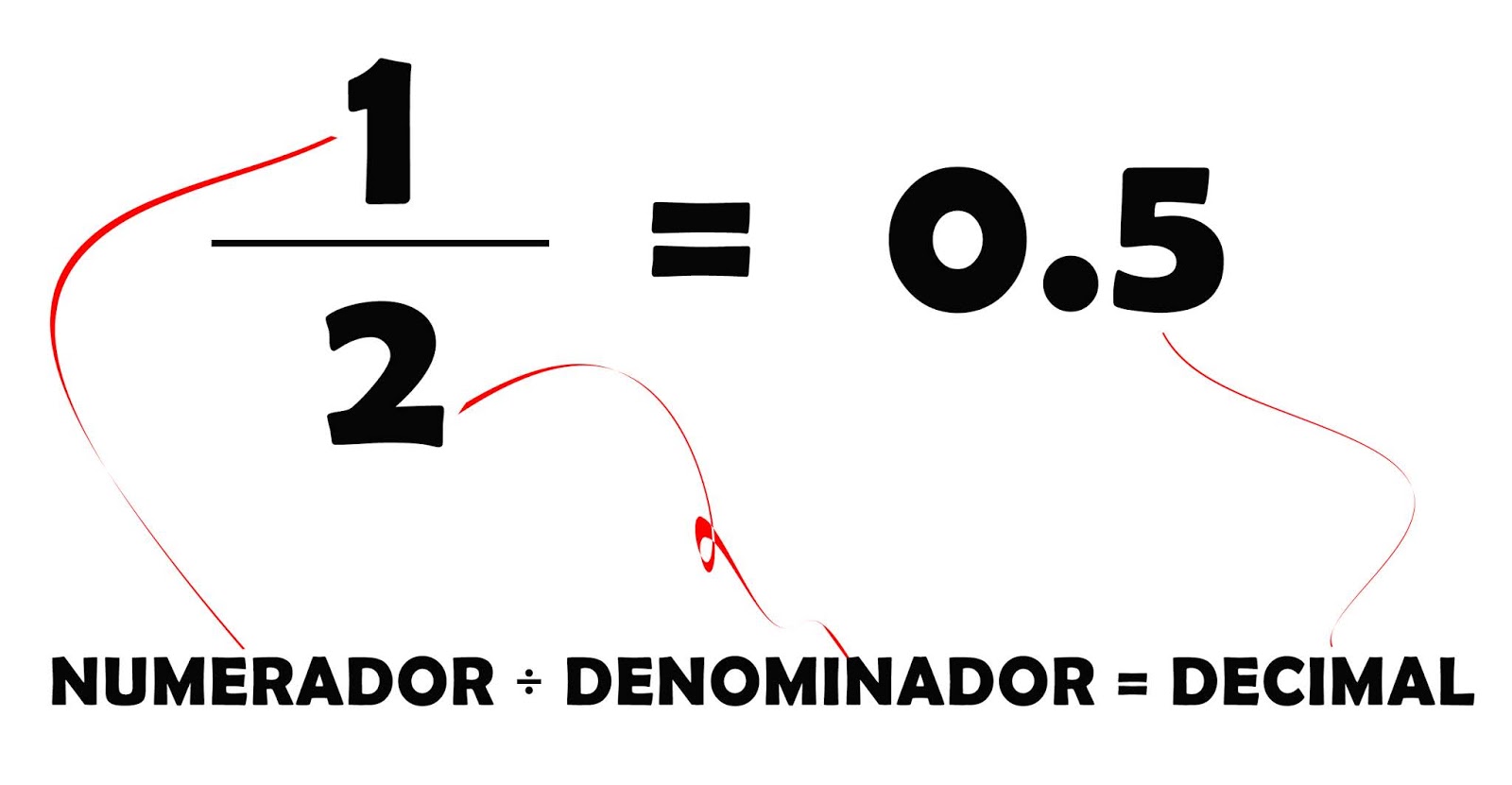 We will see below some operations where decimal numbers are found which must be added with fractions. The first example is the following: we have the value 5/4 + 0,25; in this case we observe that it is a complicated sum, we have the option of converting the fractioned number into a decimal and performing the operation, or passing the decimal number to a fraction (which is a bit more complex)

Solve from fraction to decimal

If we do not want to perform the division operation directly, or use the calculator, we must learn how to convert a fraction to decimal, For this reason we recommend to carry out the following procedure; First of all we find a number that can generate in the denominator result a fraction of 10, 100 or 1000, that is, if we have 5 as denominator and 4 (4/5) as numerator, five is multiplied by 200 to obtain the result of 1000, the numerator 4 is also multiplied obtaining the value of 800.

The result is as follows: 800/1000, which mathematically results in the decimal number 0,8. As we can see, it is only a matter of analyzing and thinking a bit about numbers to be able to solve it; This procedure can be done with any number, always looking for the numerator to always return a value of 10, 100 or 1000; These values ​​can be varied according to the relationship that exists between the numbers.

This Turk is a bit longer but effective; We will convert decimal numbers to a fraction, using procedures known to all, we begin: We take the example of the following figure 0,25; So we must know what its denominator is, in most cases the only common denominator that exists is 1; then we do the following 0,25 / 1.

The result is 99 x = 212, where by clearing x we ​​obtain the figure of 212/99, and it is the figure we were looking for, it is important to consider the times that a number is repeated in the decimal factor, since this will determine the number of zeros to be added to number 1.

Finally, there are decimal numbers and fractions that are difficult to convert where more detailed and specific processes must be carried out; The solutions may take some time and require some knowledge of other mathematical operations, which are studied at various academic levels, especially those of the university type.

If you want to know more related topics, he invites you to read the following article  Simplify Fractions: Learn in a Few Steps

What are Roman numerals and what are they used for?

What are the works of mercy?